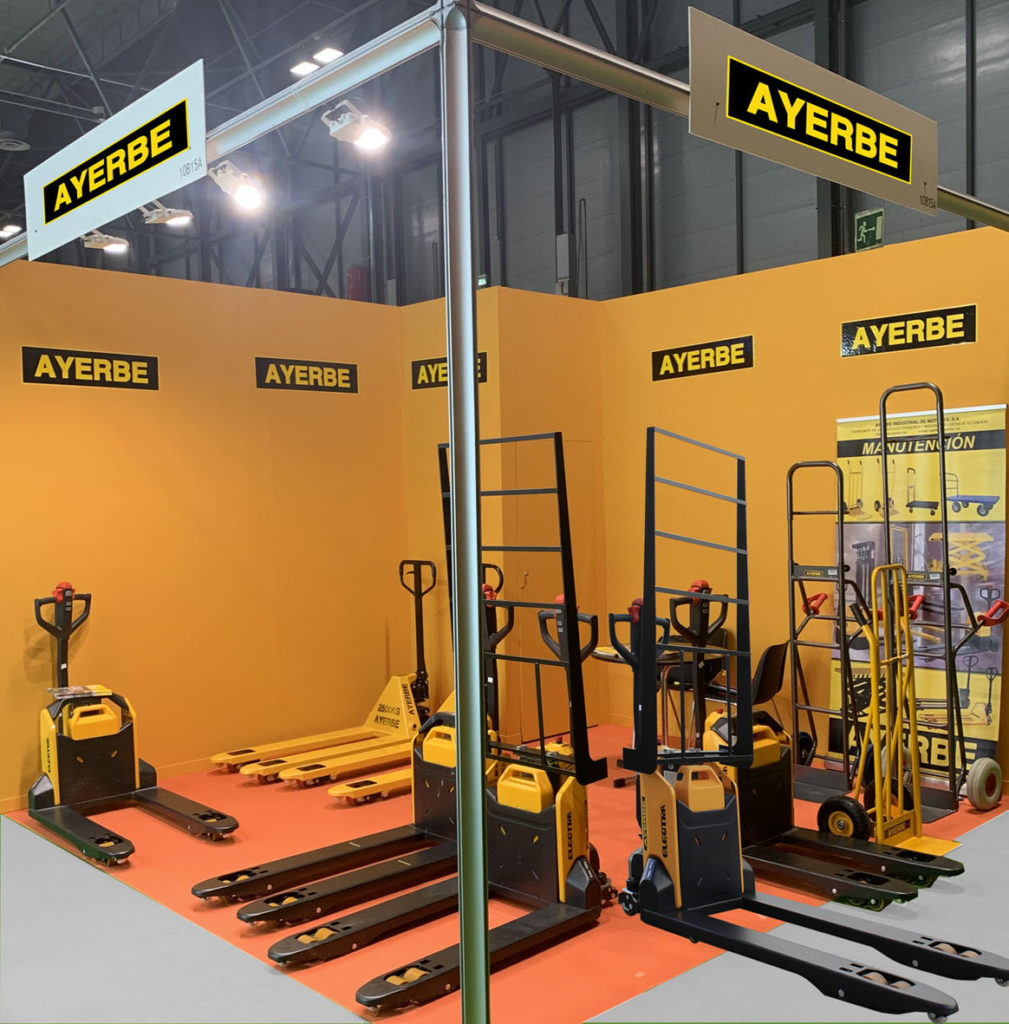 Ayerbe Industrial de Motores S.A., has presented its new range of electrical maintenance at the Fruit Attraction Fair, held at IFEMA from October 22 to 24, 2019.

AYERBE, continues with its diversification policy, positioning itself in the fruit and vegetable sector, where it was barely present. The agri-food sector has become the second in the national economy after tourism, and the first manufacturing industrial sector in the country, which generates more than 87.7 billion euros.

AYERBE presented its ELEQTRA electric pallet trucks, which with 685 x 1000 mm blades are specially designed for the movement of fruit pallets. They have 20 amp lithium batteries, and with a load capacity of up to 1,500 kg.

On November 13 and 14, AYERBE will present its new range of 1,200 kg. electric stackers and lithium battery at the Logistics & Distribution Fair in Madrid, and from November 4 to 8, it will present its novelties of generator sets in Batimat, in Paris.