ayerbe@ayerbe.net
You are in Home » NEWS 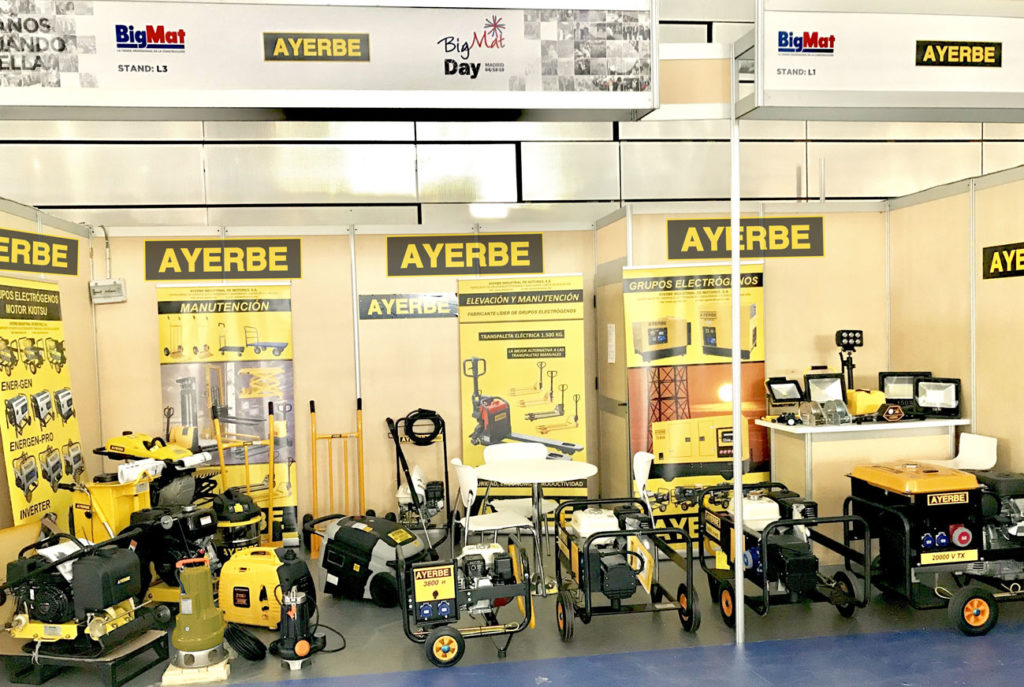 On April 18 and 19, 2018, BigMat Day was celebrated. The fair of the group of construction warehouses BigMat gathered 120 suppliers of the purchasing group. More than 7,000 professionals visited the event that was successfully held at the Casa de Campo in Madrid. The generator manufacturer AYERBE INDUSTRIAL DE MOTORES participated in the fair […] 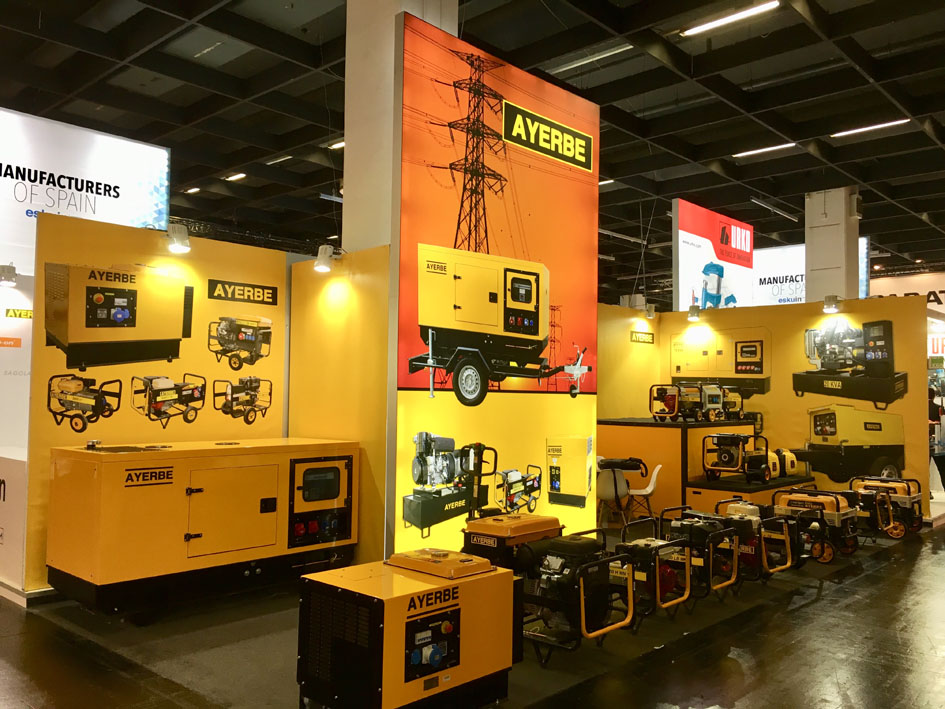 AYERBE at the Eisenwaren Fair in Cologne, March 2018

The manufacturer of Ayerbe Industrial Motors, S.A. has exhibited its latest developments in Cologne at the most important European International Fair in the Ferretero-Industrial Supply sector. 2,780 exhibitors and 50,000 visitors from 150 countries reflect the importance of this event worldwide. News 2.018: During the year 2.017, several generator projects were developed in Ayerbe, whose […] 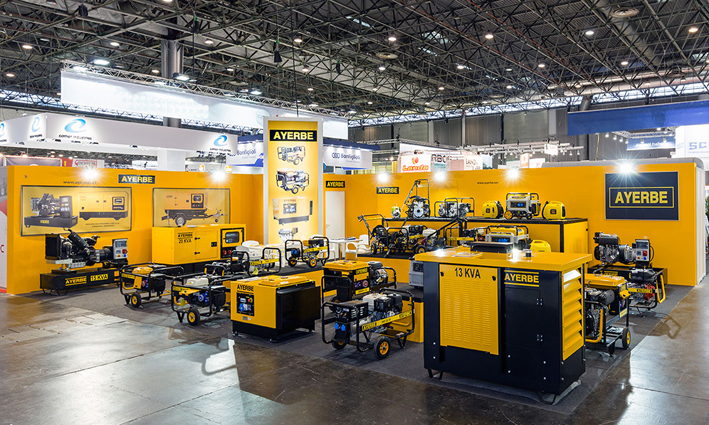 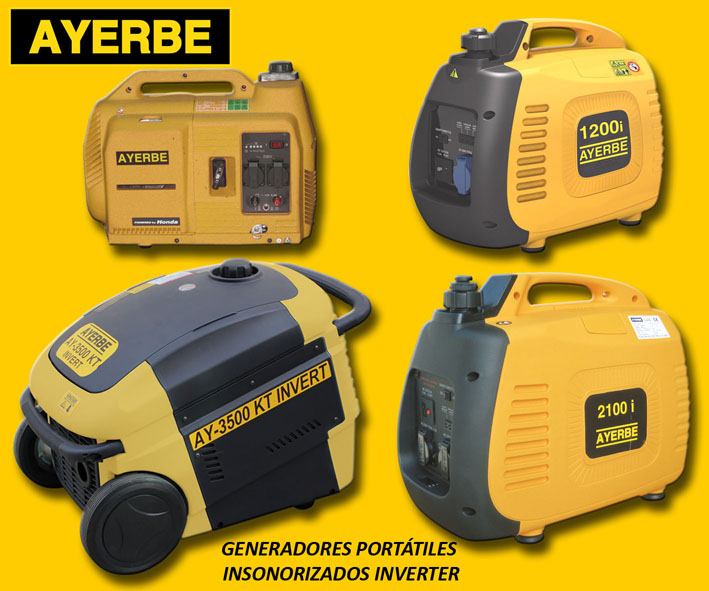 The Electrogenerator Set Manufacturer, Ayerbe Industrial de Motores S.A., has finished their line of Portable Soundproof Generators with the new “Inverter Technology” model. The Inverter product range, which consisted of four models of 1 kva (800 w) and 2 kva (1700 w) with Honda engine and Kiotsu engine, has been supplemented with the 3 kW […] 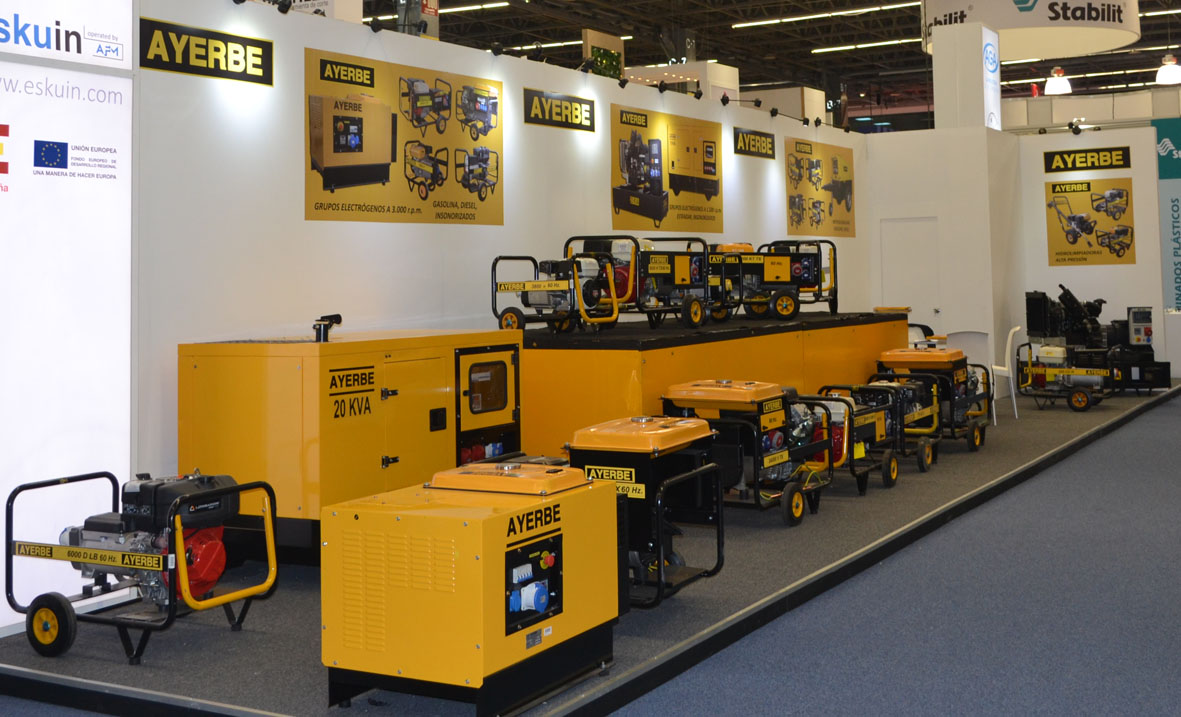 A leading manufacturer of electrogenerator sets, Ayerbe Industrial de Motores, S.A. has participated in the 2016 “Expoferretera” Trade Fair, the most important hardware trade fair in Latin America, which was celebrated from 8th to 10th of September 2016. Over 1,300 Exhibitors from America, Europe and Asia generated visits from 85,000 participants from the construction, hardware […] 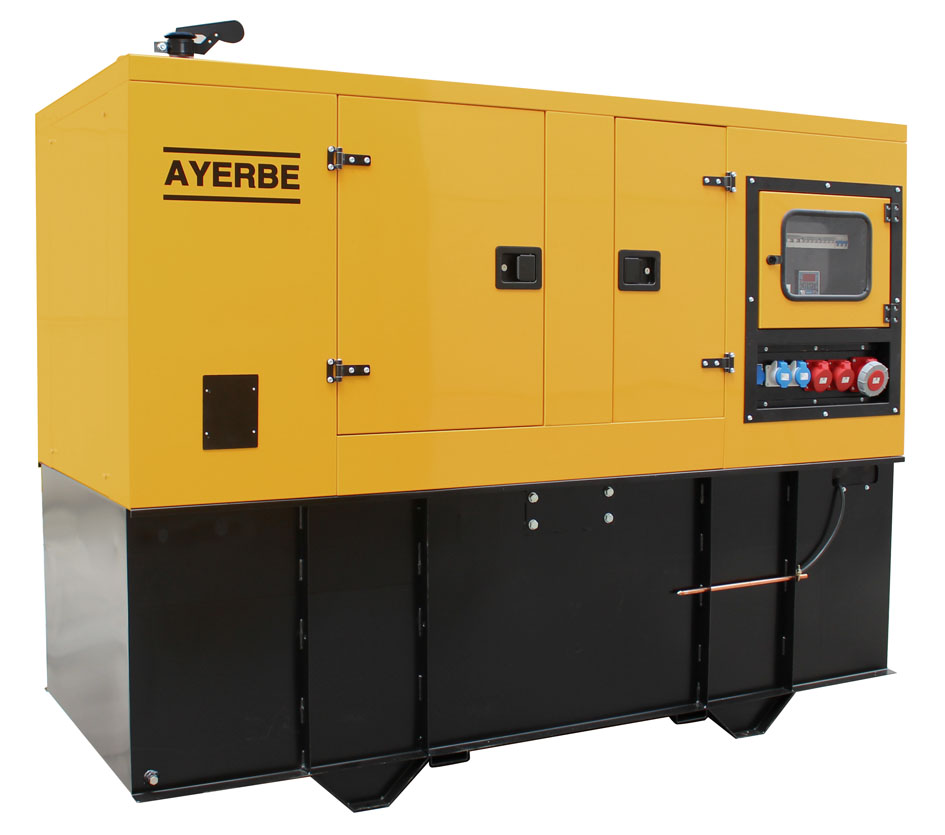 Ayerbe has developed a new range of Generators with fuel tanks that provide major autonomy; the tanks are integrated in the electrogenerator base in a product line primarily adapted for support work in communication towers. The Ayerbe Company has risen to the engineering challenge from a national Telephone company to manufacture a product line specifically […]