ayerbe@ayerbe.net
You are in Home » » AYERBE IN FIMA ZARAGOZA 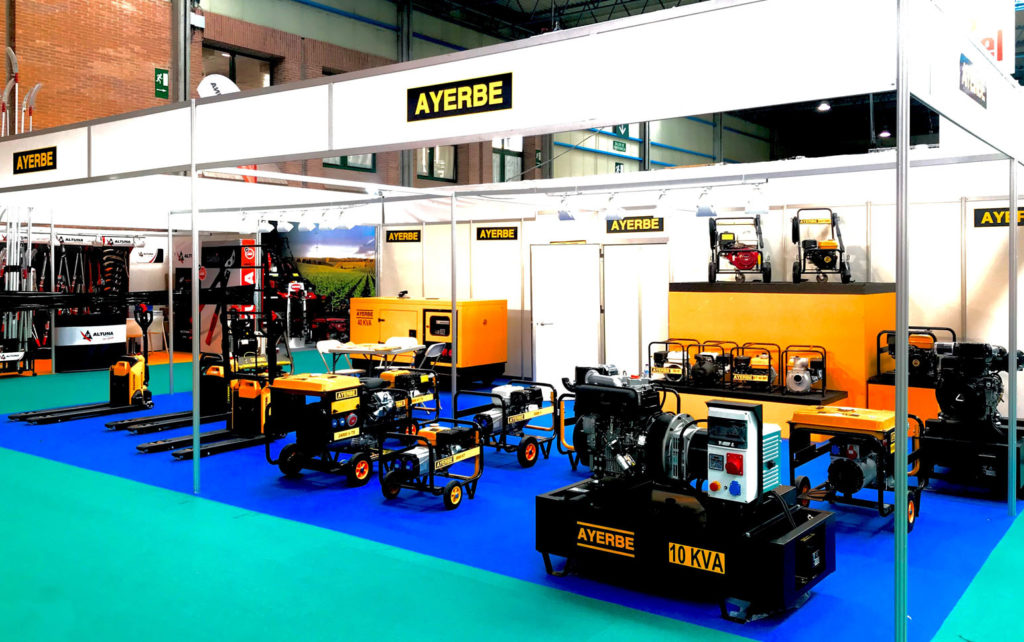 The manufacturer of Grupo Electrógenos Ayerbe Industrial de Motores, S.A. He has participated in the recent FIMA International Agricultural Machinery Fair held in Zaragoza from February 25 to 29, 2020.

Generators with programmable control of farm computers and irrigation management, through the GSM system, caused the interest of many of the visitors.

Likewise, the range of agricultural pressure and flow motor pumps in fixed and mobile versions that completed the stand space was exposed.

In addition, he showed as a last novelty the Fruit Electric Pallet Truck, much in demand in that sector and which achieved great success at the last Fruit Attraction fair.

Once again, FIMA 2020 reaffirms its leadership as a reference for the agricultural market in southern Europe, breaking records in number of exhibitors, with more than 1,650 spread across 11 pavilions and 236,500 visitors with a strong professional profile.

The Ayerbe Industrial company is opening to the Agricultural market that is increasingly demanding AYERBE machinery.

At the beginning of next April, Ayerbe will exhibit its machinery at the SMOPYC Fair in Zaragoza aimed at construction supplies and rental companies.